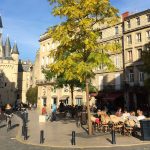 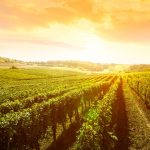 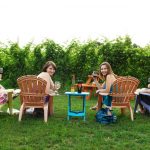 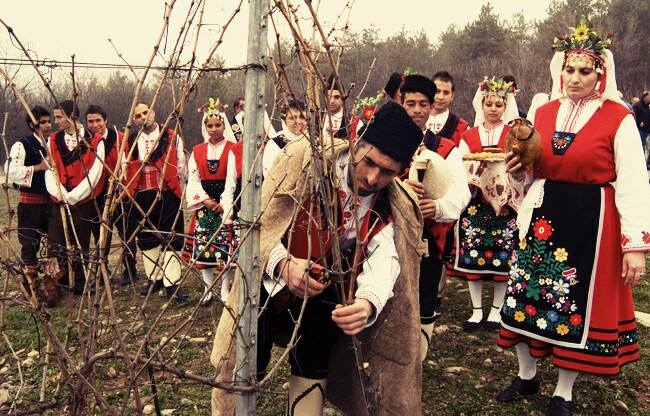 On February 14, the Bulgarians celebrate Trifon Zarezan before celebrating Valentine’s Day. This is the festival of wine and winemakers.

The tradition is that each winemaker goes to his vines, cut 3 branches of 3 different vines, make the sign of the cross and pour the wine on the branches.

The men gather to choose the “King of the Vines” and begin the festivities. The King wears two crowns of vines: one on the head and one over his shoulders. He climbs in a cart pulled by the winemakers and his descendants all together go in the village or the city, listening to the son of the bagpipe and the drum. The winemakers stop in front of each house. The housewives bring a bucket of wine, the king drinks first and then it is the turn of his companions. The rest of the wine is pour on the King’s feet and vows of fertility and abundance are pronounced.

Where does this tradition come from?

Dionysos, god of wine and vines, very important of the Thracian Pantheon but also of the Greek pantheon (according to the specialists in thracology the two Dionysos are different).

In the case of Trifon, according to the history of the church it is about a martyr, killed with the sword in 248 under the reign of the emperor Trajan Decius. Trifon was originally from Apamia, Friguia, in Asia Minor, a region considered as one of the cradles of the vine and wine culture.